I was born in Newcastle Upon Tyne, England many a moon ago.  I don’t have a lot of recollection of my younger years, bad things happen and your brain blocks everything out. Protection for your own soul.

At the age of 5 my father uprooted us from England to Canada.  I guess he thought a fresh start would fix his deteriorating relationship with mum.  Shit was he wrong.  The same year I awoke in the middle of the night one night to screaming and banging.  I sprang out of my bed and ran into the hallway to find mum running for the bathroom with a bloody face.  My father was chasing after her.  She screaming please stop, leave me alone.  Being the protective soul I am I jumped in the middle of them and pushed my father back away from her telling him to stop it.  That night I saved my mother from being beaten to death.  The police came, he was arrested and charged with domestic battery.  My mother taken to hospital, my little brother and I taken to our Aunts.  Mum came back early in the morning, it was still dark.  She was black and blue all over, her face reminiscent of calling Mike Tyson a sissy bitch.  Now we were a single parent family barely getting by.  After a while mum found a new boyfriend, she was 27 he was 19.  He seemed cool at first but then everything change.  Mum got pregnant and when she told him he got scared and ran off.  So of course she had an abortion.  I lost another brother that day.  Time goes by and the boyfriend comes back.  All of a sudden one day mum drops us off on dad’s door step and doesn’t come back for 3 and half years.  Married to the younger boyfriend and pregnant again.

All the years I spent with my father where a nightmare.  I think he hated me.  He was a very stern and abusive man.  My many whippings with his leather belt left welts on my arms and legs.  I became withdrawn, didn’t eat much.  Suffered nightmares.  I tried to make friends at school but ended up being bullied for 2 years by a group of nasty girls.  They chased me home every day and beat me up.  Stuck gum in my hair, threw me to the ground kicked and punched me.

Neighborhood boys molested me; as did a neighbor across the hall from us.  My father wouldn’t help me.  The school told him to take me to a Psychiatrist, so he did.  When I told the Dr what was happening to me, the abuse the bullying my father lied and said I was making it all up.  They diagnosed me with childhood depression and blamed it on my mother abandoning me and place me on medication that made me like a drooling idiot.

Once I hit the age of 12 I’d been smoking for 4 years, I was angry and the world, I hated everyone.  Dad finally met someone and remarried.  Now I had a step-monster who had an emotionally broken daughter of her own.  Dad moved us all to a new place for a start over.  Here we go, new school, new neighborhood.   I managed to make friends fast this time but this time NO ONE was going to bully me.  I was a tomboy now.  Take no shit throw the first punch if it comes to it.  Had fist fights with boys to prove my ability.

Started to drink and smoke hash.  Turned into a total rebel.  Didn’t dress like a girl at all.  Kept my hair short.  Pixie cut they called it back home in England.  Sometimes I wish I could go back there.

By grade 7 I was totally about athletics.  Played Soccer, Basketball, Softball, Flag Football and Ran Track – long distance and cross-country.  Won ribbons.  By grade 8 graduation I was also into art and was awarded 2nd top female athlete in my school.

High School:  a whole new world.  Had to try to fit in all over again.  Most of my friends where guys because of the sports.  Spent most of my time in the old gym playing basketball with them.  I did have a group of girls I hung out with though.  We were the misfits of school who found each other.  Very much like now, we all had each others backs.  no one hurt our girls.  Depression and Anxiety Disorder took over me again.  I became a cutter on top of the drinking and the drugs.  Before high school was over I had met someone and wound up engaged and pregnant.  Dropped out became a full-time mommy.  My child saved me from myself.  My Son, my boy.  My Savior! No more drugs.  no more excessive drinking.

After 3 kids and suffering years of abuse and the hands of fucked up drunk I’d finally had enough. Two nervous breakdown’s , Tons of Meds to try to keep me glued together.  Several near suicide attempts. Came home one day and told him to leave. Spent 9 months on my own to find myself again.   Now here I am, almost 48, remarried and still searching for complete satisfaction. 6 months ago I found the Twitter Universe and since that day have found over 12.4K new friends.  It’s amazing how we come to realize how many more there are just like us.  Baring life’s scares. And now I have found all of you , who guide me down a path I had put aside many years ago and encourages me to pick up my pen (or laptop in current times) and write again.  For that I say Thank you my darlings!! You are MY ANGELS, MY LIGHT,  for without you I would not have even thought about it.  I would have just kept going with no outlet for what gets caught inside my head.  now I have rediscovered the avenue to find release to vent to scream to shout to stamp my goddamn feet when I want to and let me tell you how fucking great it feels!!!

I so needed this.  I needed to let loose, let it rip, let it fly.  This shit is great and I feel for the most part reborn.  I know I’ll have ruts have to face some criticism but fuck it bring it on I’m ready…..

HELLO WORLD THIS IS ME!

One thought on “The Birth of Crimson Quintessence” 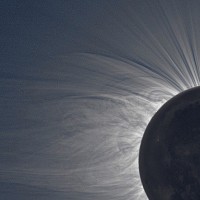